How do you define intelligence? Most people believe knowing a lot of stuff make you smart. But what if intelligence is something more? What if it’s actually taking what you know and applying it to the betterment of your life AND others around you? Overthinking focuses on the negatives which begs the question… are overthinkers smart? 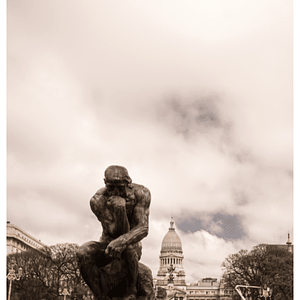 Studies show those who overthink tend to be intelligent, but that doesn’t necessarily mean smart, because it makes little sense to focus on negativity when we all know negative thinking effects the quality of our lives, the way we view ourselves, others, and the world.

How Do You Define Intelligence

Britanica.com defines intelligence as having or showing the ability to easily learn or understand things or to deal with new or difficult situations.

What’s the Difference Between Smarts and Sense

I heard my dad, on multiple occasions say something along the lines of “that’s a stupid smart person.”

But what does that even mean?

How can you be stupid and smart at the same time?

Based on the Britannica definition, intelligence is the combination of the things you know aka smarts with the ability to apply them aka sense.

How many people do you know who seem wildly intelligent about their desired focus/occupation, yet outside of that area of focus, the rest of their life is a mess?

Which one do you think is more valuable: common sense or book knowledge? 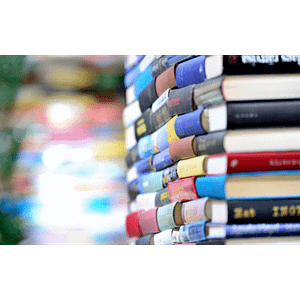 What is Overthinking and Why is it Associated with Intelligence

Overthinking is a commonly associated with worry, which is a future based emotion. It also has strong roots in the past when we hold on to people, places, things, emotions, and energy then project past experiences with those entities into the future, building a story that’s often so convoluted it has very little resemblance to the originating scenario.

Many associate overthinking with analyzation. The truly intelligent person uses the analyzation qualities associated with overthinking for the benefit of their work. I’ll touch on this more below, but I don’t feel overthinking is the right word for the deeply analytical, critical line of thinking we associate with problem solving.

Even if you’re a nuclear physicist or biochemical engineer, where should your focus be when dealing with a problem.

What ifs, which spur the juices of inquisition and creative discovery are inherently semi-future based in their initial pondering, should be reeled back to the present moment when the problem solving element is engaged. That’s because the future development, whether it be a physical invention or a system of thought, must serve real-time problems.

Even preventative measures which are definitely future-based solutions focus on the continuation of the current desirable state.

According to Merriam Webster, overthinking is: putting too much time into thinking about or analyzing (something) in a way that is more harmful than helpful.

The keywords in the definition are “too much” and “harmful”.

Too, in and of itself, moves us in a direction of imbalance. Too much of anything is not a good thing.

Based on the above definition, overthinking is bad. It equals excess and not just too much, but so much so that it causes harm. Even overthinking your love for someone can lead to disastrous events because, based on that definition the excess causes harm.

Side Effects of Overthinking

Overthinking any person, place, thing, situation, emotion, or energy leads to excess, but is that a bad thing?

If it persists imbalances occur.

But is life, itself, balanced. No. Nothing in life or nature balances out in totality or absolutely. There’s a constant ebb and flow built into every living thing and system on Earth.

And there’s no way to achieve that balance because said balance is unsustainable because change is not only constant, but constantly inevitable.

That means that nothing stays the same and the best we can do is go with the flow.

Since overthinking is an excessive behavior defined by “too much” and “harm”, how do we apply helpful thinking to our day to day lives and the conditions we think about?

Overthinking exists in the present and shifting moment, but it is never based on the moment here and now, rather it is based on past or future people, places, things, situations, emotions and energy.

The past and future have foundations firmly rooted with emotions. It’s virtually impossible to escape a childhood where there are no emotional attachments. That’s how the subconscious makes sense of the word and frames our reactions to it.

And since everything from the past gets tainted by emotions, it’s inconceivable our future can escape the same fate because our future projections are based on our past experiences, unless… To move from the prison of emotions and emotional reactions your subconscious has walled around you and your experience of the world, you must first clear the attachments you have to said emotions.

By clearing emotional attachments, you move from a state where your emotions hijack, orchestrate, and dictate your thoughts, words, deeds, emotions, and energy (which put you in a constant state of reaction rather than that of reflection) into a state of making and following through with your conscious intentions without the baggage of the subconscious programs steering your way.

By removing the controlling emotions, you’re able to detach from the situations that caused the programs in the first place and move into a state of quiet reflection. a.k.a. rumination.

Amo Ni helped me get rid of overthinking. It can banish your overthinking too by removing the emotions.

How would you feel if you could “sit with” a scenario in your life without the negativity and heaviness you usually associate with thoughts crashing your mood?

How would your life change if the present moment housed the domain of your senses minus all the voices usually accompanying your quiet reflection?

Learn more about how Amo Ni can help you heal the wounds of the past.