Is Overthinking a Problem?

Is your head buzzing with questions and random scenarios? Do you analyze the oblivion out of everything in your life? Does it cripple your ability to function, or are you just tired of the noise from the “voices”? Let’s cut to the chase. Is overthinking a problem?

Overthinking is a problem just like anything else you overindulge in. Too much exercise can actually be harmful for you. And since we create our own realities by our thoughts and deeds, if you’re overthinking on the negative side, then… yeah, you can probably see pretty clearly the manifestations of that negativity.

Let me tell you a few stories and you do the math. Let’s call our little people Claire, Jo’Belle, and Johnny. Claire, Jo’Belle, Johnny are three middle-class kids. We’ll say they’re all neighbors in a small middle-of-the-country state in America. 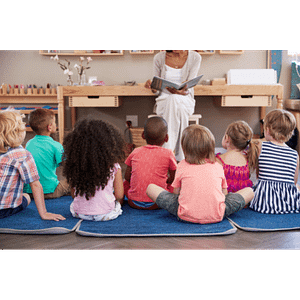 Claire has a tendency to get angry when things don’t go her way. In art class, she does things the same way others do them, but her projects don’t look like the other kids’ projects. When that happens, she gets angry with herself. She thinks she’s not as good as the other kids at art, which is everyone’s fave!

The teacher reminds the kids several times during the week of the spelling test on Friday.

Claire thinks she buries two more art projects by Thursday and is pretty convinced she sucks at art. She also whiffed her first and second at bats in kickball during recess, so she’s got that going for her, too.

At lunch, Claire wants to get a dessert like her friend, Jo’Belle, but she didn’t bring enough money.

Thursday night, Claire’s mother asked if she has any tests the next day.

Claire’s thinking at this point is that she’s no good at art, and she thoroughly bites at sports, too. Her mom needs help in the kitchen with their family Thursday dinner, and that’s way more fun than studying, so “Why bother with the test?”

She has a problem sleeping that night because she’s thinking about the test she didn’t study for. 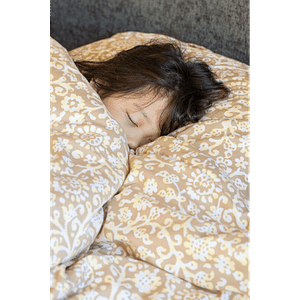 Is overthinking a problem for Claire?

Yes. Claire’s negative thinking pushes her farther into the “I’m not very good, so why bother” camp.

Jo’Belle had a rough week, too. How rad is that name, by the way? Credit me on your kid’s birth certificate if you use it. Anywho, Jo’Belle rocked her first art project for the week, but she got her spelling test back from the week before and she didn’t do well. She puts the test in her bag so her mom can help go over the mistakes later.

At recess, she kicks a ground out on the first at bat, then get’s on first the second time, only to have the game before she gets around the bases. She tries to walk back with Claire, but Claire’s not being responsive.

The rest of the week she does decent work with her art projects, and on Friday, she’s ready for her spelling test.

Is overthinking a problem for Jo’Belle? Doesn’t seem to be, does it?

Johnny’s always the butt of most jokes, so I thought I’d make this one good.

Johnny’s art projects turn out a little more “creative” than the others. He missed the focal point of the exercises, but had fun along the way. He played around with the materials and got “interesting” results.

At recess, he caught one ball for an out and also kicked one that put him on base.

In class, Johnny asks a lot of questions. When one of the other kids doesn’t understand, he tries to explain it to them.

Johnny did well on his test last week because he studied really hard, and he already knows half of the words for the new test by the middle of the current week.

Is overthinking a problem for Johnny? It doesn’t appear so, does it?

Where Does Overthinking Come From?

I tried to keep the stories above as short as possible.

What do you notice from the three? They’re kind of like Goldilocks, right?

Claire takes her experiences and projects the negativity on future expectations.

Johnny’s creativity, which is his curiosity in motion, drives him to find answers and not dwell on results.

Which of these kids are busy thinkers?

Jo’Belle’s cruisin’ and is mostly a chilled, happy camper.

Johnny’s a big thinker, cause he’s always asking questions and turning over the answers in his head to ask more questions.

For which of these kids is overthinking a problem?

The problem seems to be with Claire, right?

Although Johnny is a big thinker, he uses his thoughts to his advantage. He uses them to learn, to grow, and to enhance his overall experience.

Claire does the opposite. She uses her thinking to project into the future.

Having said that, overthinking comes from two different spaces: inquisition and worry.

Is Overthinking a Problem… if it’s Positive?

Do you remember the last time you fell in love?

I do, and it was a very positive experience. In fact, it still is. She’s in my thoughts all day, but it’s not disruptive. They’re beautiful little flashes of someone I enjoy being with.

Is that a problem? I don’t see it as such.

How about we analyze little Johnny’s behavior?

What if he became obsessed with starting a business selling starfish? It’s all he talked about, thought about, and worked with. Nothing else mattered to him. He shut off everyone around him except for the starfish, and ways to create and build his starfish business empire.

In this case, most would agree Johnny’s overthinking may need some tweaking. But the only person who really matters is Johnny.

The Real Cause of Overthinking

Through the example of our stories, we see two instances where overthinking manifests, but we can go further yet where both eventually intersect.

The real cause of overthinking is a fascination with the future.

Claire’s worry is definitely future-based. Worry is fretting over something that has yet to come. Television news relies heavily on worry and what will happen next to keep you tuning in each night because… even if the world is ending, you still have your trusty news anchor to break the news to you “softly”.

Johnny’s inquisitiveness is a drive to fill something (lack of knowledge with that which is lacking).

Which kind of overthinking would you prefer?

Claire’s story was easy to write because that was my story.

I spent the better part of 40 years raking myself over the coals, telling myself what a bad person I was, and doing everything I could to prove it to the world. That’s the price of negative overthinking.

It breaks you mentally, emotionally, physically, spiritually, financially, and every other way you can possibly think of.

I did, however, pay really good attention along the way.

And what I learned is that emotions control that underlying thinking. In fact, they control everything, and that’s the focus of the second half of my life: teaching people how to fix the program they’ve installed that’s running their life WRONG.