Do a search for ‘signs you’re a natural healer’. I’ll save you the trouble. According to articles I found, natural healers are, among other things,:

Now, imagine if fish could read.

Entertain me for a minute.

Nemo’s sitting in his anemone scrolling through BlueTube videos or Fishbook and he comes across a video/post with the title,”10 Signs You’re a Fish”. He’s curious, so he dives in:

I can see him looking at that list and thinking, “Yep, that’s me.” 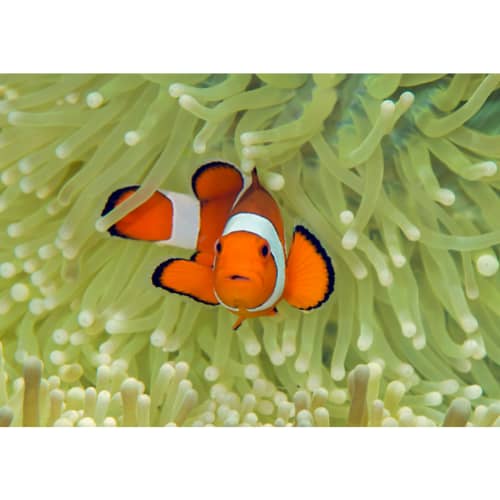 You should be looking at the list before that and thinking, “Yep. That’s me, too.”

Because If you’re human…

First of all, I get the “lists”. They want to make you (if you’re searching out that kind of thing) feel included, like you’re special or they have some kind of gift, but I’ll refer to my Nemo example once more, yet step out of the box and be a little more blunt this time:

YOU ARE SPECIAL, BUTTERCUP!! Each and everyone of us is. Being here makes you special.

AND BEING HERE MAKES YOU A NATURAL HEALER.

Let’s take a look at the things on that list one more time, this round in a little more detail.

Each and every one of us is a creative being. Creation is what got you here. You can’t come from creation and NOT be creative. That’s like saying you’re a fish, but you don’t live in water. Some wiseguy/gal may point out a mudskipper or other fish that pops out of water (there’s always one), but they live in water and visit land.

You may not think you’re creative because you can’t color, like Susan, or dance like Maria, but YOU ARE creative. You create your day from sun up to sun down each and every day. The things going on in your world were all created by you. Eight billion people on the planet and you are creating your very own little world.

Don’t believe me? Ever get a hunch to do something and it turned out good? That’s you listening to our intuition.

How about this? Ever had a hunch to do something (and go against it) only to have things turn out bad? That’s you NOT listening to your intuition.

EVERY SINGLE ONE OF US IS NATURALLY INTUITIVE AND NATURALLY A HEALER.

But we gradually lose that ability to listen to that inner voice when we’re fooled into believing that just because someone is older, bigger, richer, or any other …ER, that they know better. Part of that is learning about our environment, but a big part of that is institutionalization that wipes out the inner voice and puts us in the box as we’re told what to do, where to go, how to think and what to think of it.

Some of us have grown up in cities so far removed from nature we forgot what it’s like. We’re uncomfortable in the silence. We’re uncomfortable being held by mother nature. We’ve gotten so used to the noise we forgot what peace sounds like. Leaving nature has also drowned out our intuition. We get used to the noise and confusion caused by the synthetic recreations, but take even the most hardcore city person and stick them in nature for a few days and watch part of them come alive again. WE ARE NATURE.

You Think Differently From Others

Ok, this one should be pretty obvious, but I feel it needs its due explanation. Its difference is deeper that white or black, Yankee or Red Sox.

We all think differently. Some more so than others, but even those of us that “think” we think like others are shaped by millions of different micro-life events as we progress through life to be anything and think anything but different.

It’s in our nature to come to agreements. Those things (agreements) help us find common ground and live side by side or in the communities we inhabit relatively peacefully. You may think that since common ground was established for those agreements to come into effect, that the thinking to get to that point was the same. It was not. Each person travelled a different path paved with different thoughts, experiences, and memories that helped shape that agreement. It’s the same in every area of life. WE ARE ALL BEAUTIFULL DIFFERENT!

If you’ve popped out of a womb… NO MATTER HOW THAT HAPPENED… you’ve experienced trauma.

Let’s look at the textbook definition of trauma. This is complements of APA (American Psychological Association):Trauma is an emotional response to a terrible event like an accident, rape or natural disaster.

Like I said, if you’ve popped out of a womb, you’ve experienced trauma. If something’s ever scared you, you’ve experienced trauma. Getting shot at may seem heavier than having a dog bark at you as you walk by, but both experiences are embodied differently by the people who experience those events. Trying to take that away is denying what the person experiences, and only they truly know what they feel. Marginalizing something as silly or small only makes things worse.

I rolled a car through a telephone pole. I also watched a car run over my leg and have it nearly amputated. Some people lose their minds when they see a spider. All of those instances can be equally traumatizing!!

We checked all the boxes (for everyone), so that means…. YOU’RE A NATURAL HEALER.

Just being here gives you a big fat admission ticket to the “exclusive group” some in the healing community would like you to believe they belong in. That mysticism gives them power. And the desire for that power makes those seeking it no better than the pharmaceutical companies they try to distinguish themselves from.

Your power to heal naturally is an inherited gift bestowed upon you when you arrive here on Earth.

Your power to heal at your own hands is what you’re testing as you go through your journey, dosing so physically, emotionally, spiritually, and psychologically.

Unfortunately, most of us lose our way and forget the natural healing tendencies we possess upon arrival, and this is the greatest vanishing trick ever performed by a feat of marketing.

You know about placebos, right?

Scientists use them as part of their experiments. In a round of experimenting, there are three groups. One gets nothing (control). One gets the actual medicine. The final group gets a sugar pill.

In many instances, the placebo outperforms the actual drug being tested.

What’s up with that?

So if they believe…

No, silly! Your belief. Your belief about whether a drug works actually affects whether it does or not. In fact, that belief is so strong that you can use a sugar pill to do an even better job than the actual drug.

And that’s the problem, or rather that’s the magic trick I mentioned earlier, the one that’s hijacked the natural healer inside of you.

We’ve been conditioned to think we NEED the drugs, that the very minute something goes wrong, we NEED to go see a doctor who ONLY AFTER poking, prodding, and sticking us will GIVE US PERMISSION TO HEAL.

Think about that for a minute.

Not until you get a permission slip from your doctor, and hustle your way over to the pharmacist to beg for the miracle pill they have in the back, do you allow yourself to think healing is an option.

Modern society has farmed out our natural healing abilities to big pharmaceuticals who keep us hooked on a plethora of Skittle-like pills and keep us going in and out of their doors like kids on their favorite amusement park ride.

And in the last decade, we’ve done the same with our intelligence.

Hell, half the people I know don’t even know my last name. We’ve farmed out our natural healing capabilities last century to the pharmaceutical marketing machine, and we’re doing the same with our intelligence in this one with the bright lights and instant gratification of the phone.

Doctors, Scientist, and Technologist are…

In the Wizard of Oz, Dorothy ran down the yellow brick road singing about “lions and tigers, and bears”.

Reading what I wrote just now may seem like I’m attacking doctors, scientist, and the tech crowd for our demise. I’m not.

Doctors saved my life in two instances. I almost died in my first car accident. I almost lost my leg in my second. All the King’s Men DID put me back to together, and they did a damn good job. I’m grateful. VERY!!!

The same thing with tech. I wouldn’t be able to share my message with you without all be amazing benefits the tech world has rained down on us over the last 30 years.

In regards to your health, start taking it into your owns hands. Use your medical professionals as guides.

If you’re taking care of yourself physically, psychologically, emotionally, and spiritually, you won’t need them every time you get a sniffle. In fact, once you start owning your own health, those sniffles might just go away. They did for me. They’ve done the same for others around me who’ve decided to put themselves first.

I’m writing this post on January 3rd, 2022. On the New year’s Eve, we had a bonfire celebration to bring in 2022. One of our friends suggested writing something that happened in 2021 that we didn’t want to happen again, then burning the paper in the fire.

I had my share of ups and downs, same as anyone else, but I’ll I could think of was gratitude for each and every event and how they helped shape the man I am and forge the path I now stand on.

This same healing, insight, and foresight are available to you, once you tap back into the natural healer alive, well, yet hibernating, and patiently awaiting your reconnection.

I have a free course on Youtube teaching you how to awaken the natural healer in you. I’m also available to take you through the process personally. Some people will be able to do the work on their own. Most would benefit from having a guide. I had many guides on my own journey. If I can be that guide for you…